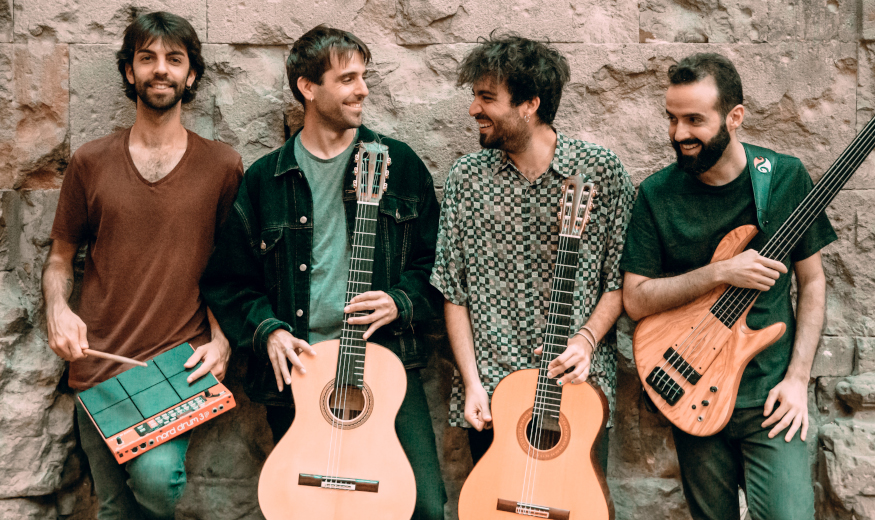 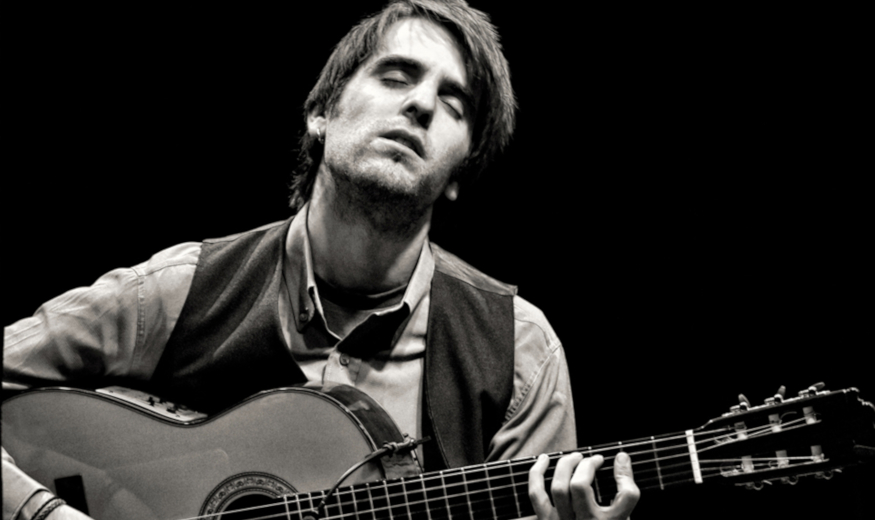 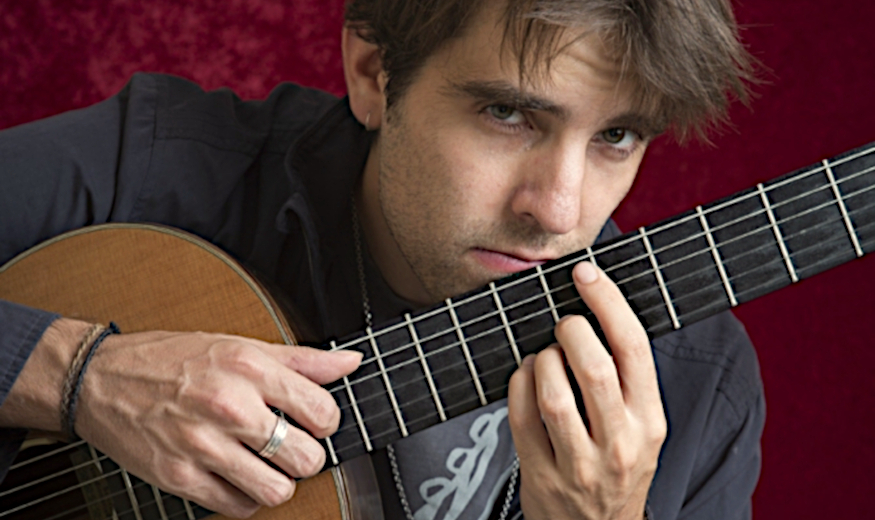 One of today’s most talented and interesting guitarists. His mastery of all musical languages and a proverbial good taste turn his guitar into a fascinating instrument that expresses itself with the ease of a living being"

Currently touring the world as guitarist with multi Grammy Award winning artist Alejandro Sanz, Pau has worked with names such as Rufus Wainwright, Sílvia Pérez Cruz, Jonah Smith, Mayte Martin and Carles Benavent to name a few.
Blending Flamenco with the music of our century, Pau Figueres is an outstanding guitarist who tackles music from multiple interpretative angles, understanding guitar as a versatile cross-over instrument. Immersed in countless musical genres, styles and projects, his original compositions mirror his unique approach to the guitar and to music.

BIO
Born in 1989, Pau started working as a live and studio guitarist at the early age of 16. Since then he has taken part in countless recording sessions and has collaborated with artists that vary greatly in terms of style and musical context. He has performed as a classical guitar soloist, as a soloist with an orchestra, in chamber music ensembles, in rock bands, backing singers, in jazz, world music and pop bands, and many other types of ensembles. He has played with some of the most acclaimed musicians in Spain and has performed and recorded all over the world (U.K., Spain, Germany, France, U.S., Canada, Mexico, Zimbabwe, Malawi, Finland, Russia, Portugal, Estonia, Romania, Italy, Greece, Austria, Andorra, Switzerland, Luxembourg, Dominican Republic, Peru, Paraguay, Uruguay, Argentina, Chile, Ecuador, Colombia…)

He began to study classical guitar at the age of 8 and went on to do his Bachelors Degree in the Superior School for Music in Barcelona (ESMUC) under the guidance of Zoran Dukic, one of the most distinguished classical guitarists of our time. He finished in 2011 obtaining the highest qualifications. Hence, his technique has been carefully developed and is skilful and confident. In the classical guitar field he has also studied with Vicenç Mayol, Laura Young, Àlex Garrobé and Feliu Gasull. In 2007 he won the Top Prize in the Professional Conservatory for Music of Badalona, in 2005 the First Prize in the Sant Anastasi Competition in Lleida and in 2009 he won both the Second Prize and the Audience Prize in the renowned classical guitar competition Certamen Llobet in Barcelona. As well as having received the best possible academic education, Pau has dedicated a lot of time to learning from other musicians and as a result of painstakingly listening to music, is highly selftaught in many aspects of his musicality.
He has studied flamenco guitar with Rafael Cañizares, Juan Manuel Cañizares, Anton Jimenez and Diego del Morao, and in the modern music field he has studied jazz guitar with great guitarist Dani Pérez and learnt directly from Horacio Fumero, Carme Canela, Gorka Benítez, Bob Reynolds, Andreu Zaragoza, Ben Monder, Jaume Llombart, Adam Levy and Wayne Krantz among others. His technique is a mixture of the Classical and the Flamenco techniques (also embracing fingerpicking, the pick and the slide). He has a deep knowledge of the guitar as an instrument and the art of making it sound.
Pau plays and endorses Arcadio Marín Guitars, Furch Guitars (first endorser in Spain), Knobloch Strings, Aclam Guitars and Righton Straps.
DISCOGRAPY AS LEADER

“PAU FIGUERES” (Whatabout Music, 2015)
The self-titled album “Pau Figueres” (Whatabout Music 2015) is an introduction into Pau’s musical world and a first step into developing his own artistic personality. The sounds of his guitars blend together to create rich textures that seem to come from deep rooted Flamenco and modern music influences. Together with some amazing musician friends who infuse the music with incredible groove and excellent taste, Pau offers us 10 songs that resonate with the Mediterranean essence and at the same time offer us a fresh new approach to Spanish guitar playing, having been called by the critics as New Spanish Guitar. The album won the Enderrock Prize for Best Folk Album of 2015 and has had a very warm welcome in the Catalan musical scene delighting audiences and critics alike.

“NADA NUEVO BAJO EL SOL” (Satélite-K, 2018)
“When Pau Figueres creates music he aims to recreate the sensations that the music of his favorite artists create in him, in an intuitive process; letting himself go into rhythms and emotions, leaps of faith take him to a new yet familiar musical terrain. Thus, the name of the album, Nada Nuevo Bajo el Sol (“Nothing New Under the Sun”): all the music contained in this 14-track album responds to his particular artistic creative process. In “Nada Nuevo Bajo el Sol” the guitarist and composer mixes the more organic and basic sounds of the Flamenco guitar, the percussions and the electric fretless bass, with electronic sounds generated by modular synths, keyboards, samplers and electric guitars.
“Nada Nuevo Bajo el Sol” is more flamenco, more modern, harsher and longer than its predecessor, and stands out especially due to the fusion of styles and sonic landscapes. The Flamenco patterns are blended with funk, trap, pop and ambience, giving birth to fruitful and creatively very rich combinations. In “Nothing New Under The Sun”, which could be considered a rumba, he collaborates with the American rapper Blurum13, and in “Mabiche” the Flamenco Cadence and the phrygian universe go hand in hand with trap beats. In the album opening first track and in “Masars II” the Flamenco guitars are supported by the electronic textures of Eloi Flores‘ modular synth (Winter Modular).
The album also features the brilliant percussionist Arnau Figueres –Pau’s brother– and Ismael Alcina, spectacular Gaditan bass player, with whom Pau regularly performs live; there is also Kquimi Saigi on the keys, excellent musician who perfectly channels the malleability of different concepts and sounds; and last but definitely not least, the historic bassist Carles Benavent (featured in the bulería “Los Lobos”), who was a member of Paco de Lucía‘s band for decades. 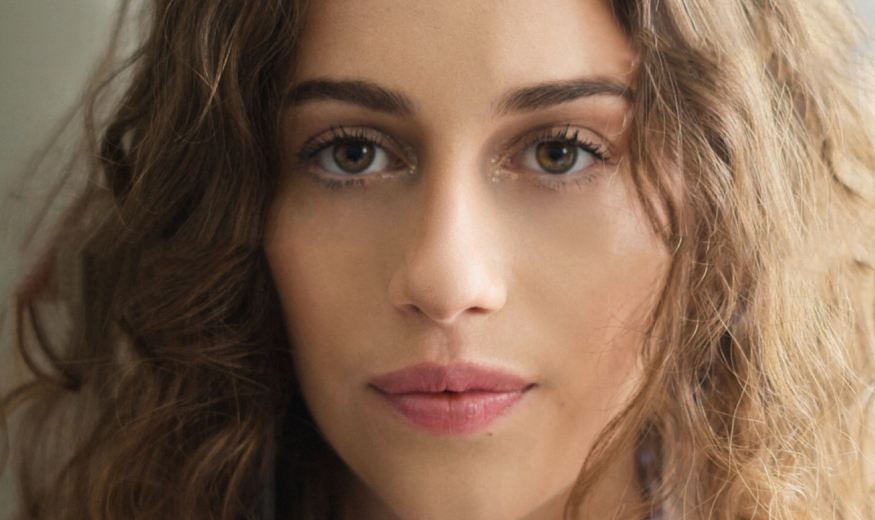 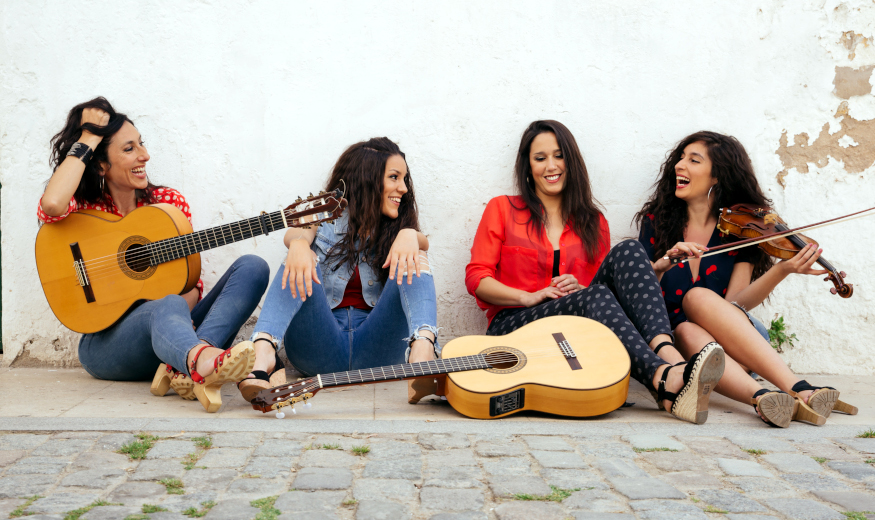 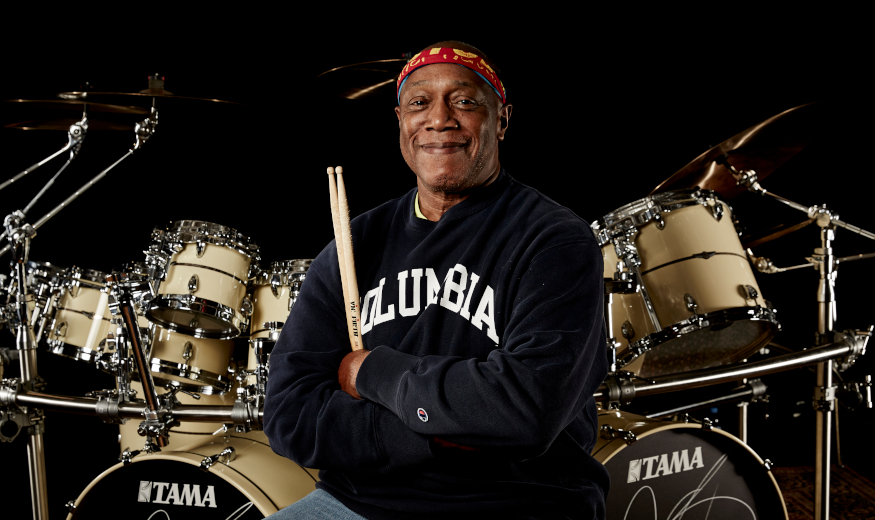